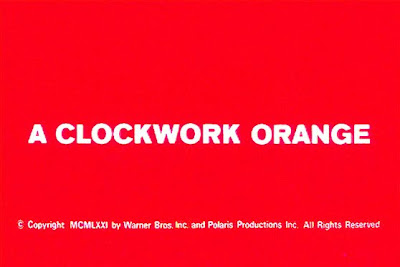 This Case Study provides a sample format for analyzing the role of costume in film. The emphasis is on costume and its relationship to fashion. Traditional filmic aspects, such as directing and plot development, are only considered as they connect to costume.

1. Screen the film.Watch in its entirety and consider viewing the original promotional poster in the country of origin. 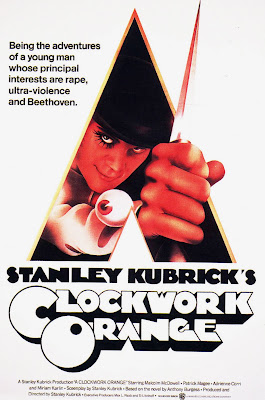 2. Provide basic information about the costume designer.
Milena Canonero is a highly awarded costume designer. She is responsible for the looks in Clockwork Orange (1971), Barry Lyndon (1975), The Shining (1980), Chariots of Fire (1981), The Cotton Club (1984), Out of Africa (1985) and most recently, Marie Antoinette (2006) for which she won her 3rd Academy Award. She also did the costume design for the television series Miami Vice. Importantly she consciously works with obvious color palettes. 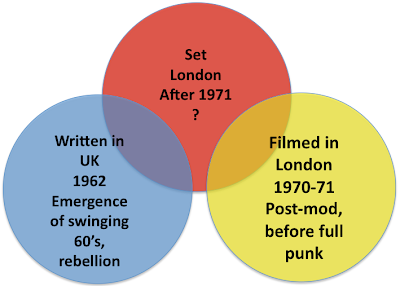 4. Provide a short summary of the film. Providing the trailer is helpful.
Based on a novel by Anthony Burgess from 1962, it is a dystopia version of the future told in first person. A young man Alex living in London loves classical music and is part of a delinquent gang that loves violence. Alex murders a woman and is sent to prison where he is submitted to re-conditioning in which classical music is set to violence and he no longer has free will. He eventually returns to society but is captured by one of his victims. By the end he no longer has an aversion to music or violence. The has been highly controversial for its emphasis on violence. See the trailer.

5. Give an overview of the main characters.

Alex & Dim are the key members of the Droogs. They dress similarly in white with suspenders and black derby hats. 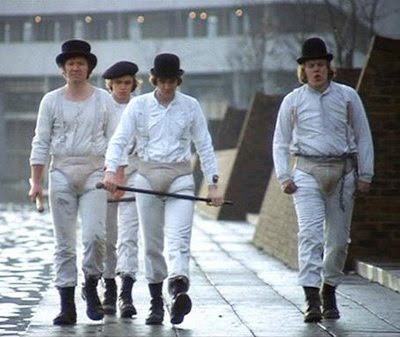 Alex and Dim differentiate from the other members of the Droogs with collared shirts. Dim is made separate through a pin striped shirt, suggesting the narrative tension with Alex. 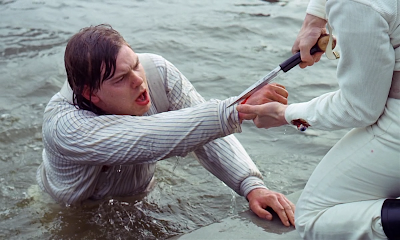 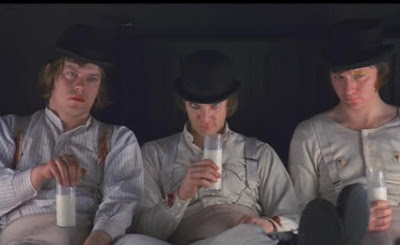 The victim characters all appear in colorful, casual home attire. Below Mr. Alexander is in a bathrobe and then in pajamas. The look is comfortable but also vulnerable.

Later at the second meeting Alex reverses the look by taking the bathrobe and making himself at home. 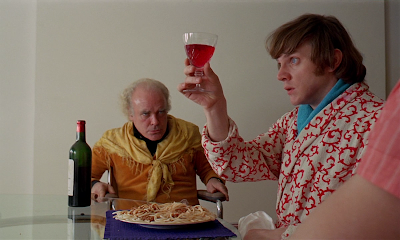 The "Cat Lady" is exercising at home in a leotard, similarly relaxed but vulnerable. The victims are also in colorful leisure class settings, suggesting underlying class tensions. 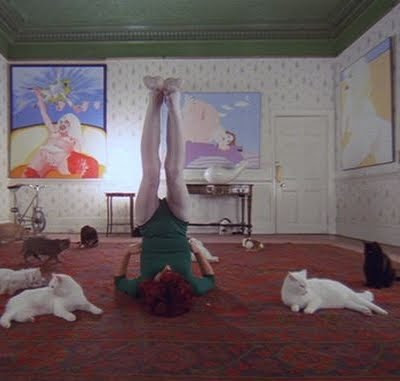 6. Describe the color palette.
There is likely a dominate or primary color set, supported by a secondary set of colors. It is not possible to calibrate every screen for viewing films, taking screen shots and sourcing other sample photos. Color swatches are your best estimation and you will have slight variations. You should look at the costume but can also consider the relationship of costumes to sets. 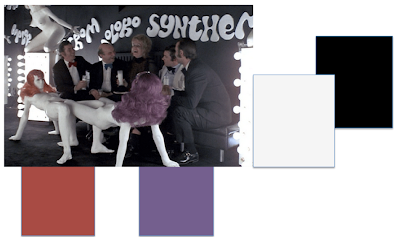 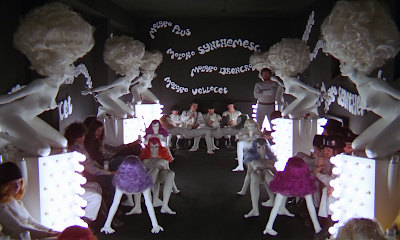 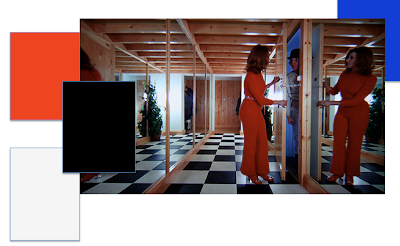 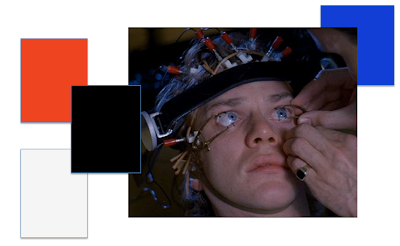 7. Provide a characterization study.
Focus on the looks of one main character and how the clothing supports the narrative. Polyvore is a helpful site for building the looks. Alex has 3 main costume characterizations: 1 - the Droogs2 - the flaneur and
3 - the socialized man
When possible, original illustrations can help with explanation. 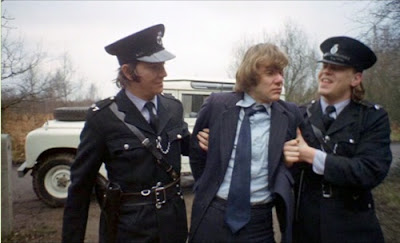 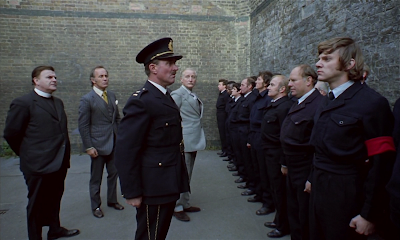 Alex becomes submerged in suits in prison. Following prison he returns home and faces his father suit to suit. 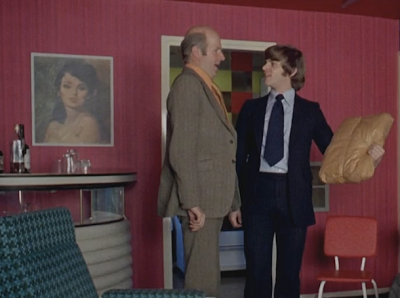 8. Depending on your film, you should also identify any ways in which the film may have influenced fashion at large.
A Clockwork Orange was influential in punk and skinhead look in London and has created a cult following. There are several fans as seen below from Polyvore creations. House & Garden also recognized the aesthetics of the film in the 25 most influential films on interior design of the period. 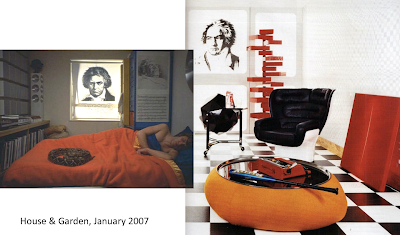