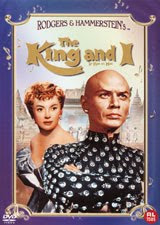 The “THE KING AND I” is a film by Richard Rodgers & Oscar Hammerstein. The film was used as a study case in order to provide a format for analyzing the role of the costume in the film. It is an example of a historic film- also called costume film. The research is specifically on the context, colour palette, character costume analysis and the costume designer of “The King and I.” 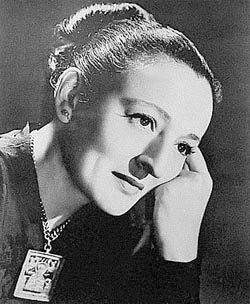 The costume designer for the film was Irene Sharaff (January 23, 1910 - August 10, 1993). Sharaff gained her reputation for her attention to colour, detail and for the elegance of her creations. The costumes are the biggest reason that this film was the second costliest film in 20th century fox, which cost four and a half million dollars. Sharaff won best costume design for “The King and I,” and it was her who advised Yul Brynner to shave his head for his role as the King of Siam.

Designers face three main style factors influencing the film. The plot of the King and I comes from the novel “Anna & the King of Siam – 1944”. Though the screenplay is a faithful representation of the musical “The King & I – 1951.” The film was set in Siam, Bankok in 1856 though it was filmed at Stage 6 and 16, 20th Century Fox Studios in Los Angeles, California, USA, and produced in 1956.

In the “The King and I,” Anna Leonowens and her son Louis arrive in Bangkok, where she has contracted to teach English to the children of the royal household. She threatens to leave when the house she had been promised is not available, but falls in love with the children. The culture clash between Anna and the King is but one aspect of their multilayered relationship. Through Anna, the King starts learning the subtle responsibilities of “modern” western civilization; Anna on the other hand starts to realize how important it is for an Oriental ruler to keep his pride and to uphold the customs of his people. A new slave, a gift of a vassal king, translates “Uncle Tom’s Cabin” into a Siamese ballet, expressing her unhappiness at being with the King. She tries to escape with her lover but fails. Anna and the King fall in love, but her British upbringing stop her from joining his harem. She is about to leave Siam when she hears the King is dying, and decides to go back to help his son- her favourite person, rule his people.

The main characters of the movie include The King of Siam, Anna Leonowens, and Prince Chulalongkorn. The King, which is played by Yul Brynner is a traditional leader, not used to being defied, and is quick to nger. The King wants to learn the ways of the scientific modern world he wants his country to join- though he craves truth, and stays confused as to how he will find that truth when different cultures say different things. He thinks of himself as an innovative and open-minded leader, but for Anna he is blindly tied to traditional ways of thinking and acting- when it comes to renouncing traditional attitudes in order to replace them with modem thinking, the King himself is the last to change. 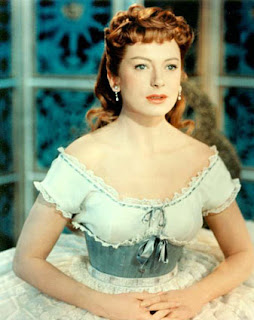 Anna Leonowens played by Deborah Kerr is a widow from Wales who goes to Bangkok to teach English to the children of the royal household of the King. Anna believes she is sufficiently familiar with Siamese customs but is quickly shocked. She is quickly charmed by the children, and decides to stay and teach Prince Chulalongkorn when the King dies.

Prince Chulalongkorn played by Patrick Adiarte is a curious boy who is willing to learn from Anna for the good of his people. At first he is disregards the actual size of his country and the existence of snow but then starts to trust Anna’s teachings. He speaks his first words of King as his father dies- declaring the end of slavery in Siam, and stating that the King’s subjects will no longer bow down to him but rather stand at attention.

The character roles are strongly defined by the costumes they wear. The Siamese costumes are beautiful silks and brocades decorated of gold embroidery including colours from hot pinks through the reds to purples, topknots are used for the hair, with gold clasps. The King has draped red silk trousers and jackets that are confections of beads, rhinestones, and sequins, which give him a sense of a King. The entire Siamese court is bare foot with bangles on their ankles. The Siamese’ European costumes were different pieces on the dresses that created something similar to a patchwork appliqué.

The colour palette can drive a film and characterization. In this instance, the colours in the film are settled on red and gold, the royal colours of Siam, while Anna’s costumes where focused more on whites and pale colours which is what pulled her out of the richness of the landscape and was easier to spot her. Sharaff’s sense of colour is famous- she said she always dreamed in colour. “I see everything in blocks of colour, rather like a painting. The King and I is associated with a dominant colour palette of: reds, pinks, & oranges.” 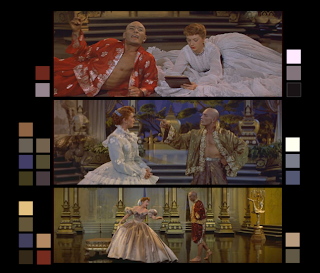 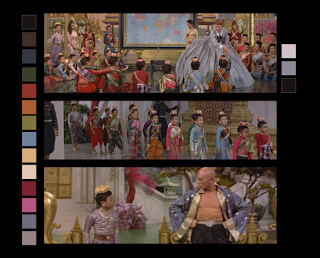 As an example Sharaff's own influence from stage to fashion she cites the color palette of The King and I- “I was the first to use Thaibok silk. I had seen a photo of the fabric in Art News and finally tracked it down to a tiny hole on East Sixty - First Street. That was in 1951. I don’t think people were aware of the Asian color palette before then”.

Posted by Students in Paris at 2:33 PM